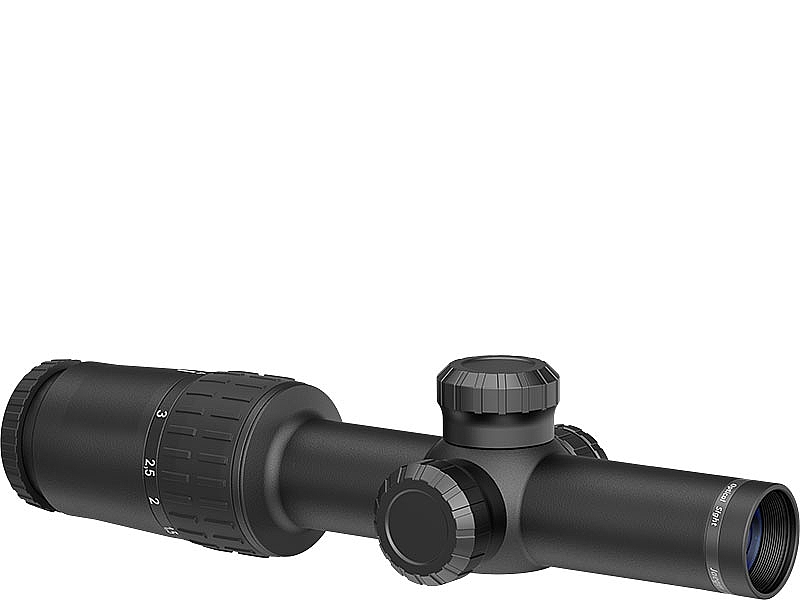 Waterproof
Can be operated in precipitation of any intensity; from light rain to heavy showers or snowfall (the unit has IPX7 degree of protection according to the IEC 60529).

Nitrogen-purged optical path
Nitrogen-filled optical channel protects the inner optical parts and body of the sight against fogging, which is often caused by rapid temperature change.

Reinforced body
Designed with the possibility of mounting on to a night vision objective lens or a thermal clip on system.

High shock resistance
Sights have high shock and vibration resistance. Any modification can be installed on large-caliber rifle, as well as smooth bore weapons and can be used with spring-piston air guns.

Wide field of view
Jaeger sights provide good visibility due to the design of the eyepiece and ensure a quick visual image is captured when the rifle is raised.

Resettable to zero turrets
Features re-settable windage and elevation turrets allowing the user to almost instantaneously return to their original zero position. This ensures ease of use in the field when compensating for your target and also for the effective memorisation of zero after a period of storage.

Illuminated Reticle
Reticles on the Jaeger are situated in the second (rear) focal plane – regardless of the selected magnification the reticle stays thin and does not cover the target and the centre of the reticles are illuminated. The illumination brightness adjustment wheel has intermediary “zero” steps allowing the user to rapidly switch-off the illumination, as well as return to the previous position of brightness. Intensity of the illumination varies widely and there is a mode for using the sight while attached to a rear night vision device.